If you try to picture a modern city in your mind, it is almost inevitable to think about high buildings. In this era we are reaching for the sky. Back in the 17th century however, something different was happening in Sweden.

They are called 'backstuga', literally meaning hill cottages, as most of the houses were actually built low in the ground against hills. By doing this it was possible to use only three walls with the forth one being the bare ground.

Due to this the houses were cheap and inhabited by people, often old, who didn't participate in farming and who lived on the support of the landowner or the village. These backstugusittare, or hill cottage sitters, were mostly very poor and supported themselves with jobs in handicrafts or charity. The choice for the house was in essence just for economical reasons. 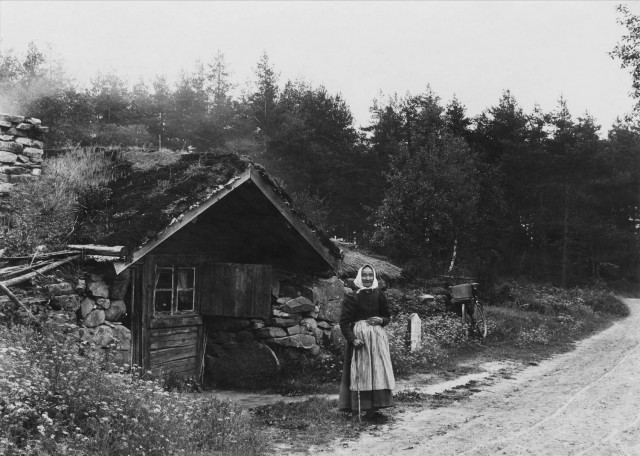 As times changed and circumstances as well, a lot of these cottages got abandoned. However, occasionally the cottages would come in handy again as hiding places that families or individuals would choose to live in for various reasons. Oftentimes the houses merged in completely in the woods, and probably with the history of poor peasants living in these houses they raised little suspicion. An example of this was a family that used a backstuga in Småland as a refuge to hide from the Russians in the 70's. Nowadays the cottages are rarely being inhabited anymore, with a few exceptions being maintained for cultural proposes or renovated as a special AirBnB experience.

But, even though it belongs to the past, these houses are interesting. Of course the use of hillsides as walls is curious, but also the privacy aspect is interesting. It seems completely unimaginable that we could hide away to such an extent in a modern city. Why? Is it because of the location and the fact that these houses are covered with vegetation, or because of the times they existed in, without WiFi or social networks? Or is it because we don't really build underground? What a version of this, adjusted to these times, would look like? And I who would choose to live in it?