Supermarkets Are Our New Savannah, Especially During Natural Disasters

News stations and websites show what happens before a big storm hits: supermarkets run out of water, bread and other staples. Hordes of people crowd in and fight over the last supplies. It mirrors the savannah with cliques and groups trying to get the available food, water or shelter. Stores don't handle natural disasters any better than individuals.

Stores don’t know how to prepare

Grocery stores, especially large chains, are ingrained in a typical delivery system. Different trucks and deliveries come on certain days. But what if they're going to need extra? Most of the time it's inconvenient or even impossible to get an additional delivery of something you know the store is going to need if there's a hurricane on the way. There's a limited amount of goods and a lot more people that are going to want them.

While emergency plans would make things a lot easier, how many do you think actually implement them? The employees are scrambling just as much as the patrons, making things even more chaotic. 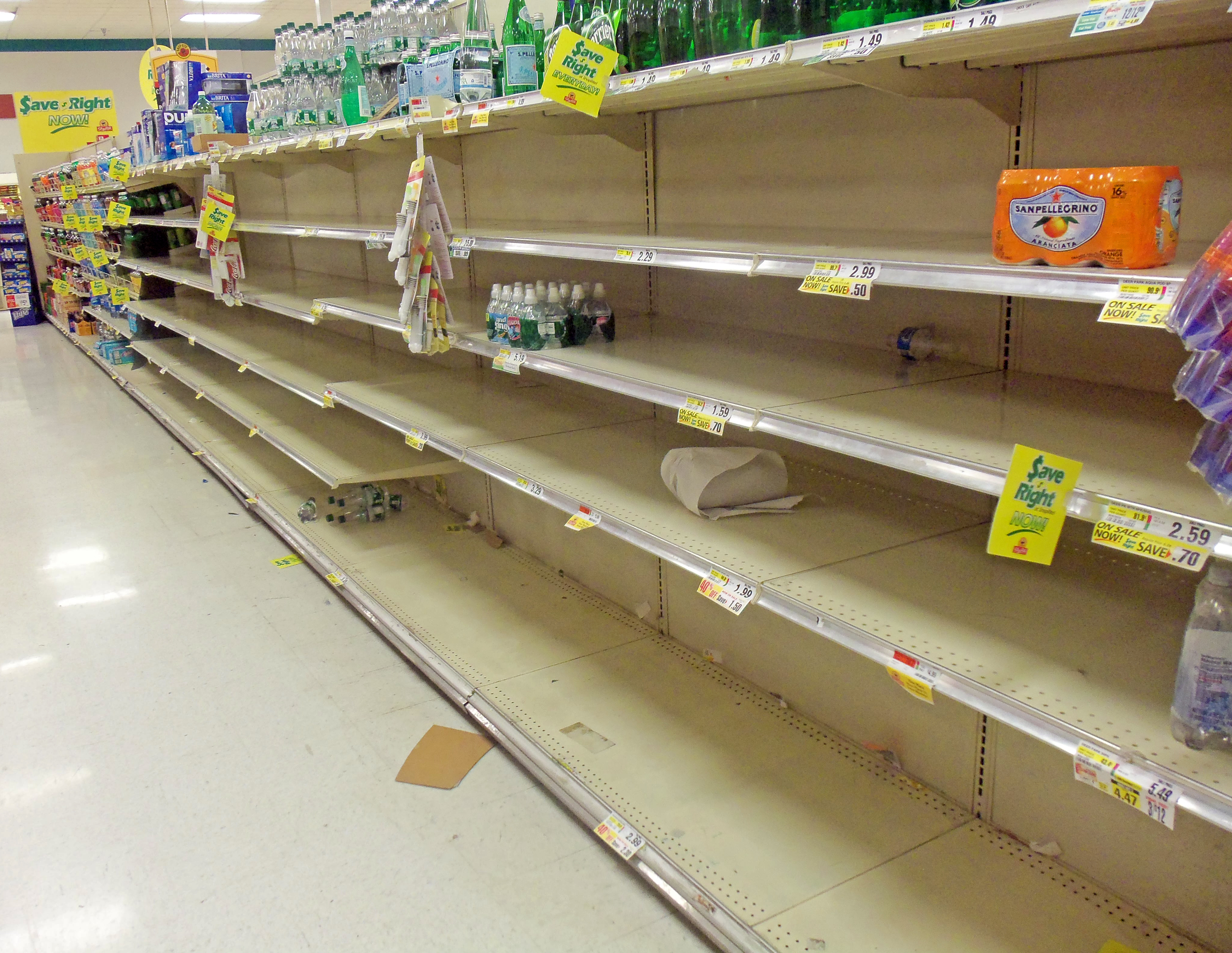 You'll most likely see stores get cleaned out before a hurricane or a big snowstorm. These are events that meteorologists can track and give people warning before they're going to hit. Things like tornadoes or tsunamis are sudden incidents that don't give people time to buy a bunch of stuff to prepare.

One size doesn't fit all here. Take the size of your family and how much they typically eat into account before building up a pantry. You can stock slowly, picking up extra items each time you go to the store instead of all at once. Water is one of the most crucial things. Also, focus on nonperishables and canned/packaged foods that will last a while - even past expiration dates. Canned veggies and fruits, rice, peanut butter, dried milk, beans and tuna are all good options.

You don't want to have to venture into the savannah of the grocery store if you don't have to. Be smart and make sure that you're ready before a disaster strikes. You'll be able to breathe a sigh of relief while watching videos of everyone fighting over that last jug of water.