From hunter gatherers to agricultural designers

Some 10,000 years ago, humans began to domesticate plants and animals. The birth of agriculture being one of the earliest technologies created. This started with small fields, meant for sustenance farming, and over time agricultural innovation has been the catalyst for much of human development.

Through the course of human development, we have progressed from a “hunter-gatherer” lifestyle, where societies were predominantly nomadic in nature, relying on wandering from region to region to hunt animals and gather edible plants. Now, our societies have reached a point where we have mastered the principles of agriculture and used them to domesticate a plethora of plants and animals for human consumption.

All of this occurred over 10,000 years ago when our ancestors had the brilliant foresight to sow their seeds and take care of their plants. This decision would yield plenty of food, thereby limiting the need for frequent migrations and marking our society’s transition towards the farmer lifestyle as well as the beginning of human civilizations.

With this revolutionary idea of growing readily available and edible crops, more developments in agriculture blossomed. Early farmers realized that storing seeds from plants displaying ideal traits in terms of yield, length, bushiness, disease resistance, or even color and using them in the next seasons resulted in similar or even better plant characteristics in certain instances. 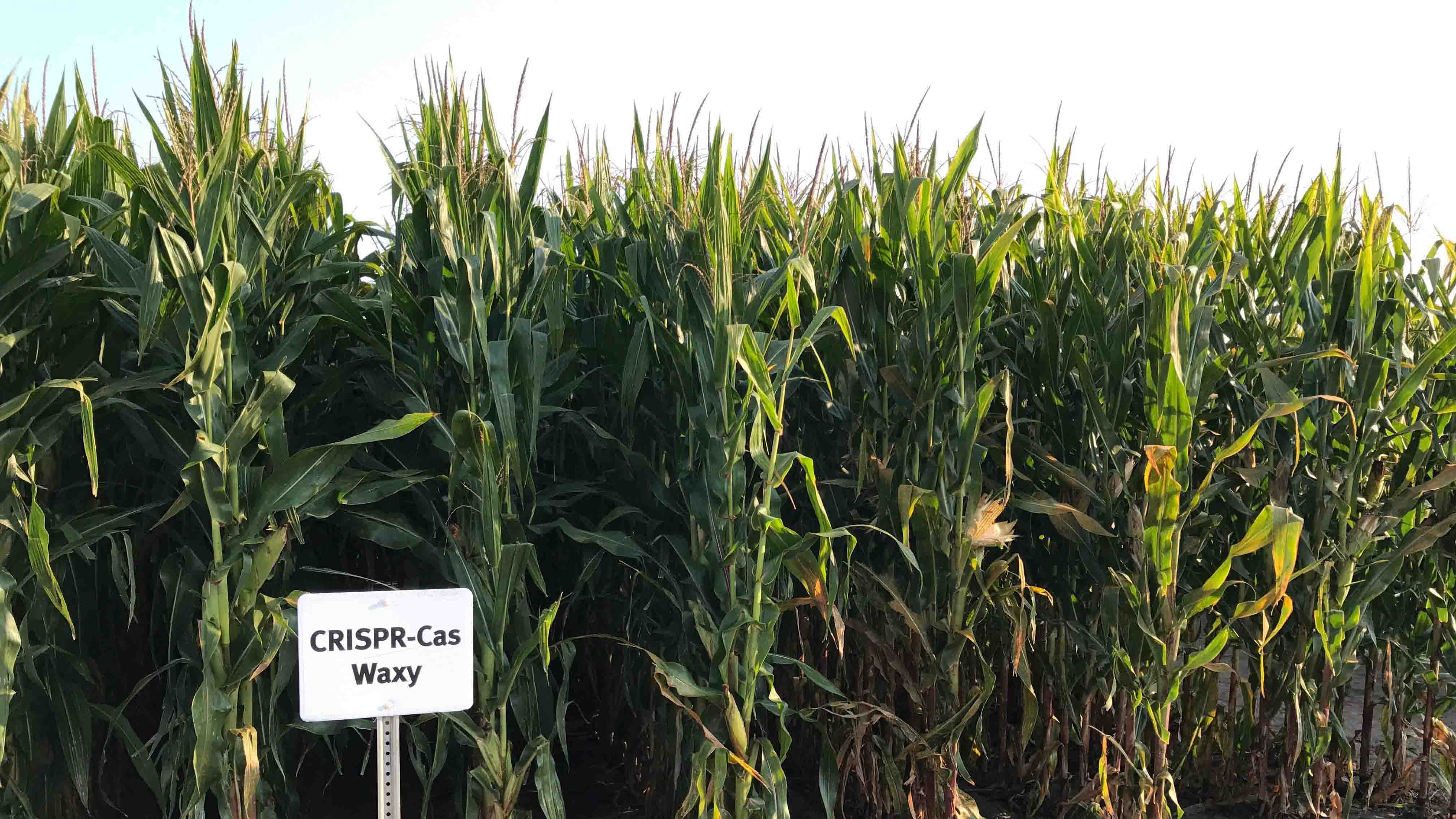 At the end of each season, the farmers started to select seeds of well-performing plants for subsequent seasons. As a result of this selection, the plants started to look distinct compared to their ancestors; accompanied by unique and desirable characteristics such as higher yields or tastier fruits/seeds etc, we developed several unique local varieties! What started out as art, developed into a precise science over the next 10 millennia. We can therefore refer to the people who started this process of selection as “the early plant breeders” since those who are involved in practicing modern plant breeding have utilized several principles derived from the farming concepts developed since the dawn of human civilization.

It is a deliberate effort by humans to improve certain characteristics or traits of a plant. Just like farming, plant breeding has been practiced for thousands of years. Plant breeding previously has and continues to influence the world around us, as it affects society on many levels; from what you can get in the (super)markets to our diet, medicine availability, fuels, clothing materials, and so much more. You may not realize it, but when you buy a product or make use of a service, there is an extremely large chance that bred plants have contributed to it. 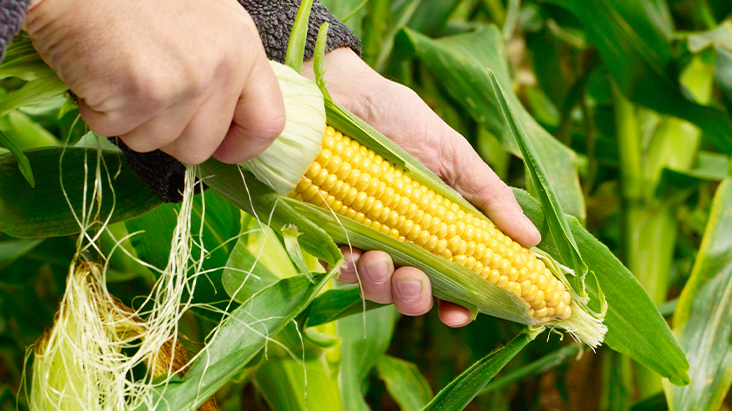 To this day, modern plant breeders essentially still have the same mission; they still strive for new varieties that can be beneficial to farmers and humankind. However, with modern tools, experience, and knowledge, plant breeders can now scientifically select for more specific traits, rather than be dependent on chance occurrences. 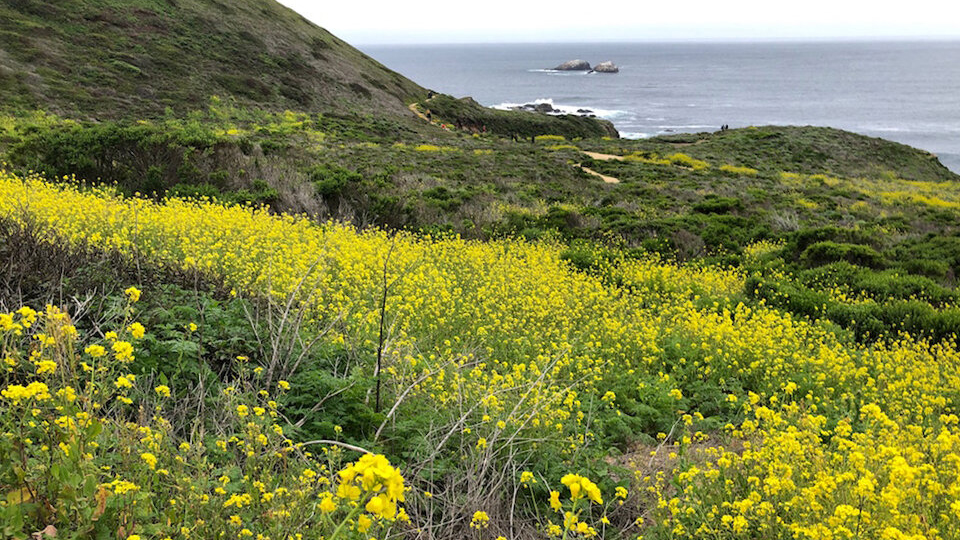 The definition of plant breeding might be fixed as: “the science of changing the traits of plants in order to produce desired characteristics”. However, there are various approaches that may be adopted to get the desired effect in plants. These approaches are classified into categories that are mostly based on the techniques that are used. We mainly classify between conventional breeding (also known as classical breeding) and modern breeding (using new plant breeding techniques).

With selective breeding, a breeder searches for plants that contain the desirable traits to incorporate into their own domesticated crops. Usually, these desirable traits can be found in the wild relatives of the crop in question. Once the breeder finds the right relative with the trait of interest, the breeder will cross the wild relative with his own crop in an attempt to transfer the gene responsible for the trait into their own crop.

However, no plant is completely perfect! So along with the gene of interest from the wild-relative, there will be undesirable genes also introduced into this hybrid crop. To get rid of these undesirable genes, the breeder will cross the hybrid crop with their own crop over several generations. This will continue until the new crop variety has a stable genetic makeup largely composed of the parent crop and the gene of interest from the wild relative. This is called selective backcrossing where they reintroduce beneficial aspects that were lost because of the crossing. This technique allows breeders to introduce new traits into their crops, thereby improving crop quality and providing a variety of options for farmers. However, making a new variety by this approach can take many many years, utilizing an enormous amount of resources, and sometimes breeders may not always find their desirable traits in nature!

With selective breeding, these plants are extensively backcrossed to eliminate most unwanted mutations.

One of the issues scientists have when doing selective breeding is running out of variations to select. In the early part of the 20th century, they discovered that it was possible to create variation in plants through induced mutagenesis. Induced mutagenesis changes plant DNA by exposing plants to X-rays, gamma rays, or mutagenic chemicals. This process leads to random mutations in the plant which are then screened for novel traits which may be desirable. These traits can later be selected for and the mutagenized plants can be further crossed in breeding programs. This approach is quite random and can also create detrimental mutations along with positive mutations, working as the shotgun approach; by making hundreds of mutations, the scientists hope to get a hit (positive mutation). As with selective breeding, these plants are then extensively backcrossed to eliminate most unwanted mutations, but this is not a failsafe method. This approach is largely unregulated due to its history of safe use.

Targeted mutations offer plant breeders the ability to generate desirable mutations in their plants of interest through targeting specific genes. Unlike non-targeted mutagenesis in mutation breeding, targeted mutagenesis is not limited to mutations that occur by chance, resulting in faster timelines for the product to reach the marketplace. One of the main technologies utilized is Clustered Regularly Interspaced Short Palindromic Repeat and associated proteins (CRISPR-Cas).

These technologies make use of so-called “DNA scissors” i.e., nucleases, to induce cuts to the DNA. Since DNA breaks can also occur naturally, plants have devised several measures to fix these breaks. Some of these measures are error-prone, resulting in small mutations of the targeted stretch of DNA, fulfilling the intended goal of utilizing these tools.

The mutations induced by these tools are typically indistinguishable from naturally-occurring mutations.

Transgenesis is a technique in plant breeding that involves the incorporation of foreign DNA into a plant. Theoretically, this DNA can come from any source, but commercial plant varieties largely use other plants, bacteria, or viruses as the source. This form of plant breeding remains very controversial and is largely unaccepted in most of the world, most notably in Europe. Commercial transgenesis is used mostly to breed virus resistance, insect resistance, or herbicide tolerance into commodity crops such as maize, soybeans, and cotton.

How does transgenesis work? Well, scientists start by identifying a gene of interest. Next, this gene is isolated (cloned) from the donor organism and modified to work with plant genetics. This gene can then be introduced to the plant using modified bacteria that can transfer DNA material, or by using a technique called particle bombardment, which is a high-speed delivery of DNA-coated particles directly into plant cells. Once incorporated into the plant’s DNA, the new gene will be able to confer the new beneficial quality to the plant. This technique achieves plant lines that would not be able to be made by conventional breeding and is therefore largely considered unnatural. Although, the mutations induced by these tools are typically indistinguishable from naturally-occurring mutations. 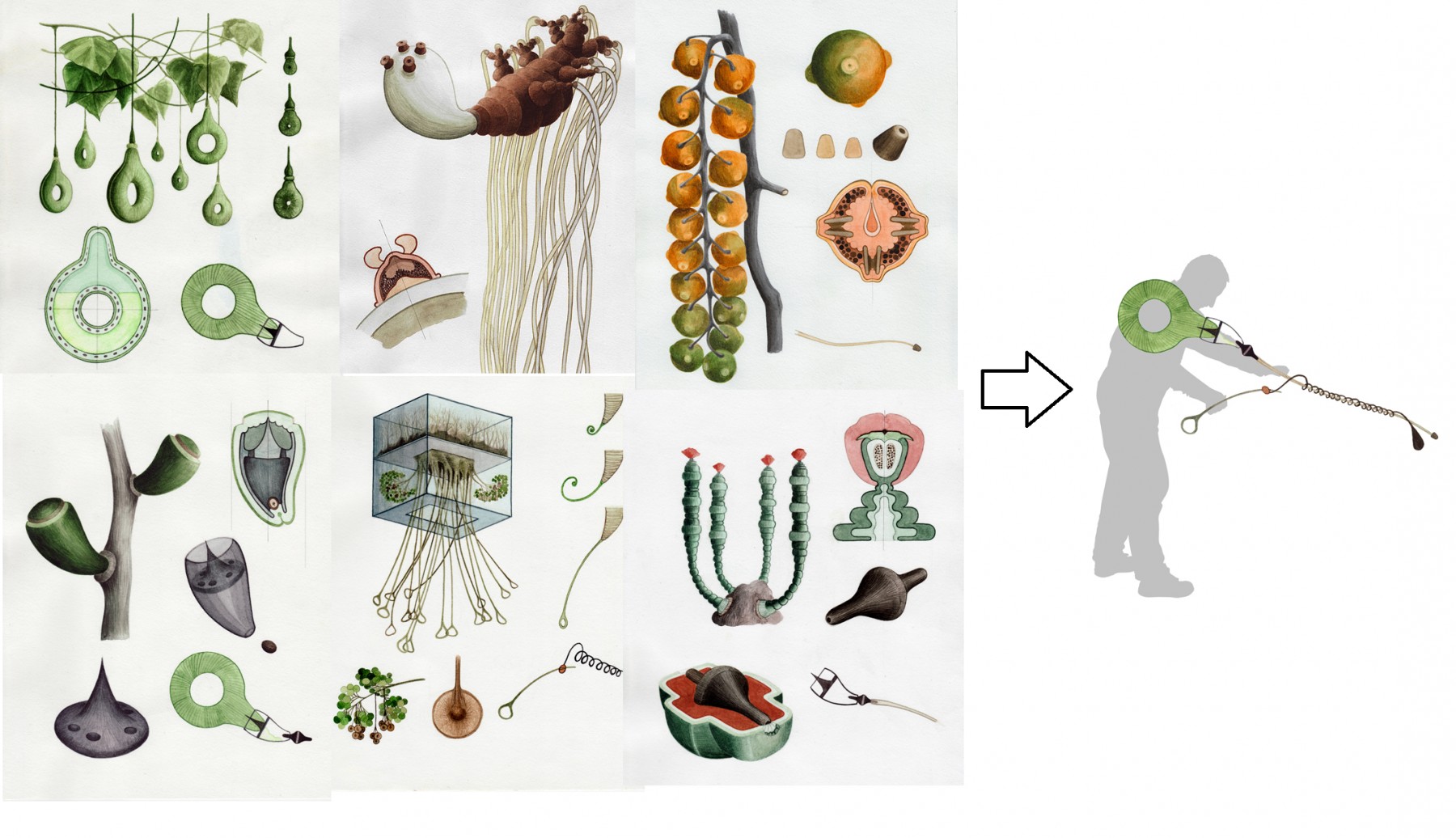 These breeding methods are also making their way outside of a purely scientific context. Its growing multidisciplinarity lends itself to speculative applications within the field of design, especially when imagining the solution to problems that we are now facing. Two such projects are The Future Food Formula by Chloe Rutzerveld and Growth Assembly by Alexandra Daisy Ginsberg, both of which imagine futuristic possibilities of plant breeding.

The Future Food Formula is an interactive installation by Chloé Rutzerveld that allows you to step into the shoes of a high-tech farmer and design your personalized future vegetables. During the installation, visitors can put a seed inside the breeding cell, download or create the growth recipe of your liking, and watch their personalized vegetable come to life. This project speculates on the opening of these techniques to everyday people in their homes.

Alexandra Daisy Ginsberg’s Growth Assembly imagines that the global shipping of mass-produced commodities are now only affordable for the rich. Plants are genetically modified to act as factories, producing parts that are needed in a local store. Stores become farms, growing the products needed locally through a supply of modified seeds engineered for this purpose. Growth Assembly imagines seven different plants that function as units of manufacturing, essentially becoming living factories. One such product is the herbicide sprayer, which is “used to protect delicate engineered horticultural machines from older nature that can naturally defend itself.”

There is no known way to differentiate plants obtained by these new techniques from unedited plants. So in a way, it is a technology that helps us seamlessly merge with nature.

From selective breeding to speculative breeding, humanity has been editing the natural world for thousands of years already. Even within these plants in question, changes in DNA and random mutations are part for the course. Otherwise, how would the wide biodiversity of the Earth have developed over billions of years? Truly, the human race is only helping along the evolution of plants through new plant breeding techniques. Considering that there is no way to differentiate between plants bred with new plant breeding techniques and the unedited plant, these methods are about as natural as the science of gene-editing can be, seamlessly merging the natural and the created. The goal of all inhabitants of the natural world is to survive; through this merge, we are giving plants this ability to survive much more efficiently than what would have evolved naturally.

This research was led by a group of several young plant scientists from Wageningen University (NL) to start an initiative with the aim of becoming a voice in the policy-making around New Plant Breeding Techniques in Europe: The GeneSprout Initiative. We conducted an interview with the scientists read what they had to say here. You can also support the GeneSprout Initiative via this link.