Are we living in a superorganism?

Meet the virtual influencer. They don’t really exist, but they have human personalities. Their Instagram accounts are followed by millions, with the consequence that we’re being encapsulated in a superstructure we can’t see with the naked eye. This story investigates how the rise of virtual influencers on social media reveals such a superstructure. And what this means for people and businesses when the lines between the physical and digital world become increasingly blurred.

Now that we live largely in our smartphones, it’s not strange that a new species of influencer is making its entrance: the virtual influencer. They don’t really exist, but they have human personalities. They involve themselves in conversations on social media, have their own opinions, views, and preferences, and show their emotions. As a result, we feel attached to them and want to form a relationship. Their Instagram accounts are followed by millions, with the consequence that we’re being encapsulated in a superstructure we can’t see with the naked eye. This story investigates how the rise of virtual influencers on social media reveals such a superstructure. And what this means for people and businesses when the lines between the physical and digital world become increasingly blurred.

Organization or organism?
To uncover the superorganism, we first have to look at the increasingly blurred line between people and businesses. Now, you might find it strange to think of an organization (like a business) as an organism (like a human). But this idea is literally ingrained in our language: the words “organization” and “organism” both descend from the Greek organon (oργανον), which relates to “instrument,” “tool,” and “organ.” An organ has a fixed task or function. In the human body, we find various organs, such as the heart, the lungs, the brain. In a business, we find various departments (organs), such as research, production, marketing, distribution, customer service, and so on. Both an organism and an organization, then, is an assemblage of organs. Could it be that businesses represent a new type of organism working at the border between the physical and the virtual world? Definitely. That’s why we need to look at how this superorganism shows itself, when these borders are crossed. This can happen in two ways: 1) businesses become people, and 2) people become businesses. We’ll explore both sides, starting with the growing phenomenon of virtual influencers. 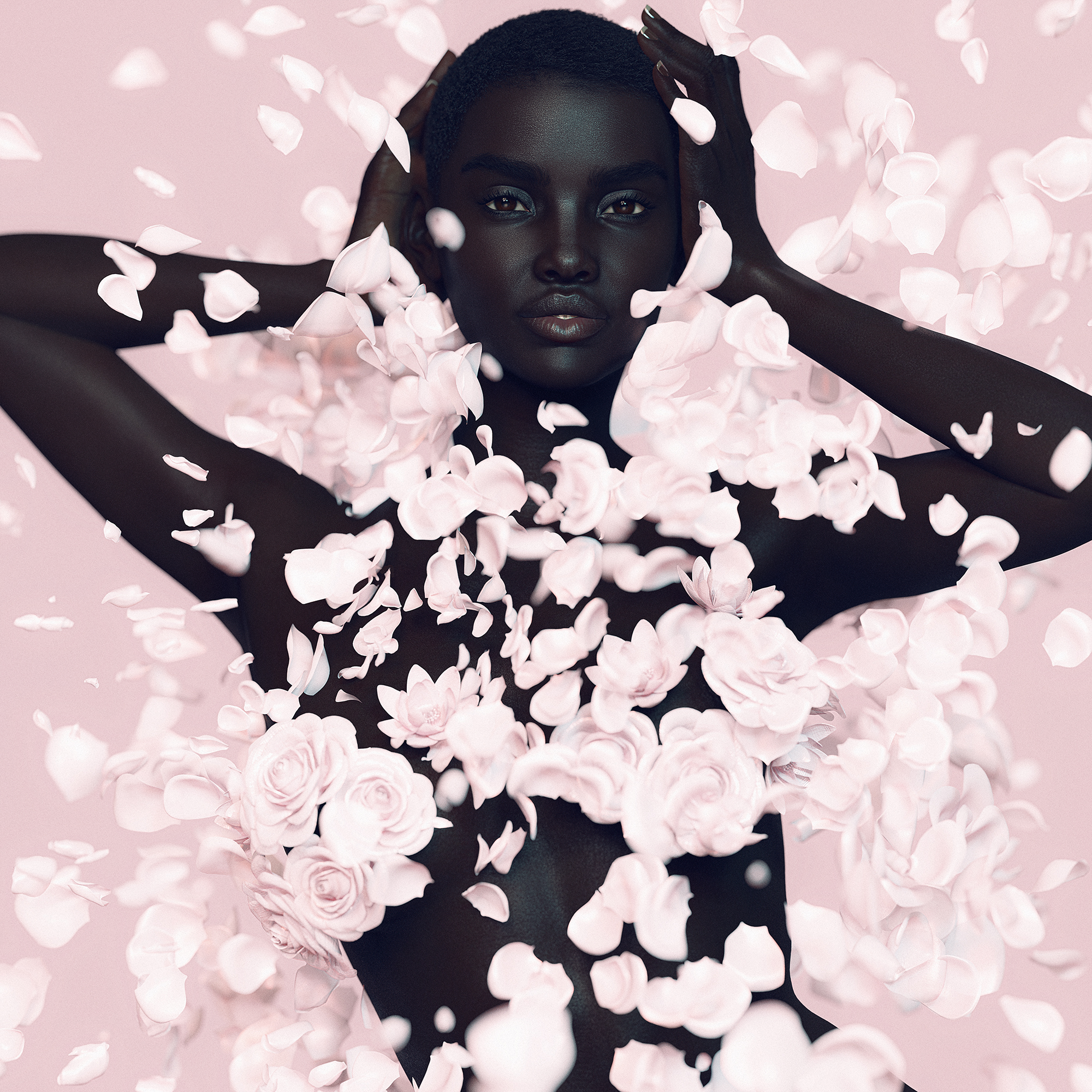 Businesses become people
Get to know Shudu, the world’s first virtual supermodel. Shudu is a digital character, made up entirely of pixels and equipped with a human personality. She was born in the virtual world and lives on Instagram (218K followers), but she can be found more and more often in physical fashion magazines like Vogue and Cosmopolitan. Shudu is the creation of photographer Cameron James Wilson, founder of The Diigitals, the world’s first virtual modeling agency. The agency blurs the lines between physical and virtual, real and fake. They do this by presenting the possibilities of 3D modeling in the form of an attractive model. The Diigitals has seven models, including Shudu, male model Koffi, plus-size model Brenn, drag queen Boyce, and more. There’s even an alien model, Galaxia. But Shudu sets the tone.

Virtual models can no longer be ignored in the fashion world

Virtual models like Shudu can no longer be ignored in the fashion world. Some have even been signed by traditional modeling agencies. Take Miquela Sousa (better known as Lil Miquela), a nineteen-year-old Brazilian-American model, influencer, and musician. Miquela has quickly built up a loyal following of more than three million. She was introduced in 2016 by Brud, a Los Angeles–based business, with the financial support of Silicon Valley investors. Miquela belongs to the growing group of virtual influencers we were introduced to at the beginning of this story. And what about Blawko (151K followers), a virtual male model, self-proclaimed “sex symbol” and DJ. One of his unique characteristics is that he always wears a face mask, a nod to the current health advice. Blawko owes his fame to his well-publicized relationship with Bermuda (289K followers), one of the most controversial virtual models of the moment. Bermuda rose to fame by hacking Miquela’s Instagram account. She used the profile to draw the attention of Miquela’s followers to her own account. Since then, Bermuda and Miquela have put it behind them; in fact, they’re now best friends. It might surprise you to learn that Bermuda and Blawko are both creations of Brud, the same business responsible for Miquela.

Being fictional makes them no less recognizable for the audience. We’re used to it, human models and influencers are just as manufactured themselves

In these examples, we catch our first glimpse of a superorganism, by looking at how businesses present themselves as people. The Diigitals consists of seven models; Brud has three. In both businesses, the models form an ecosystem of mutual interactions (hacking each other’s accounts, forming rivalries and relationships). By presenting themselves as human, the models play with our emotions; the cultural capital that completely dominates our online lives. But make no mistake: the virtual models are carefully devised and designed, and behind each model lurks a team of people who—besides the image—think up a carefully considered story to make the model’s life feel authentic. Working with virtual models, then, has its advantages: They reduce the ecological footprint that frequently comes along with photoshoots; they never need to fly; they can be in multiple places at once; they never get bored; they need no vacations, and ultimately; they don’t die. They’re totally manufactured and can be whoever you want them to be. For that very reason, more and more businesses are employing these models as influencers or brand builders, so that followers can strengthen their bonds with their idol—and therefore also with the brand. Their being fictional makes them no less recognizable for the audience. We’re used to it, human models and influencers are just as manufactured themselves. 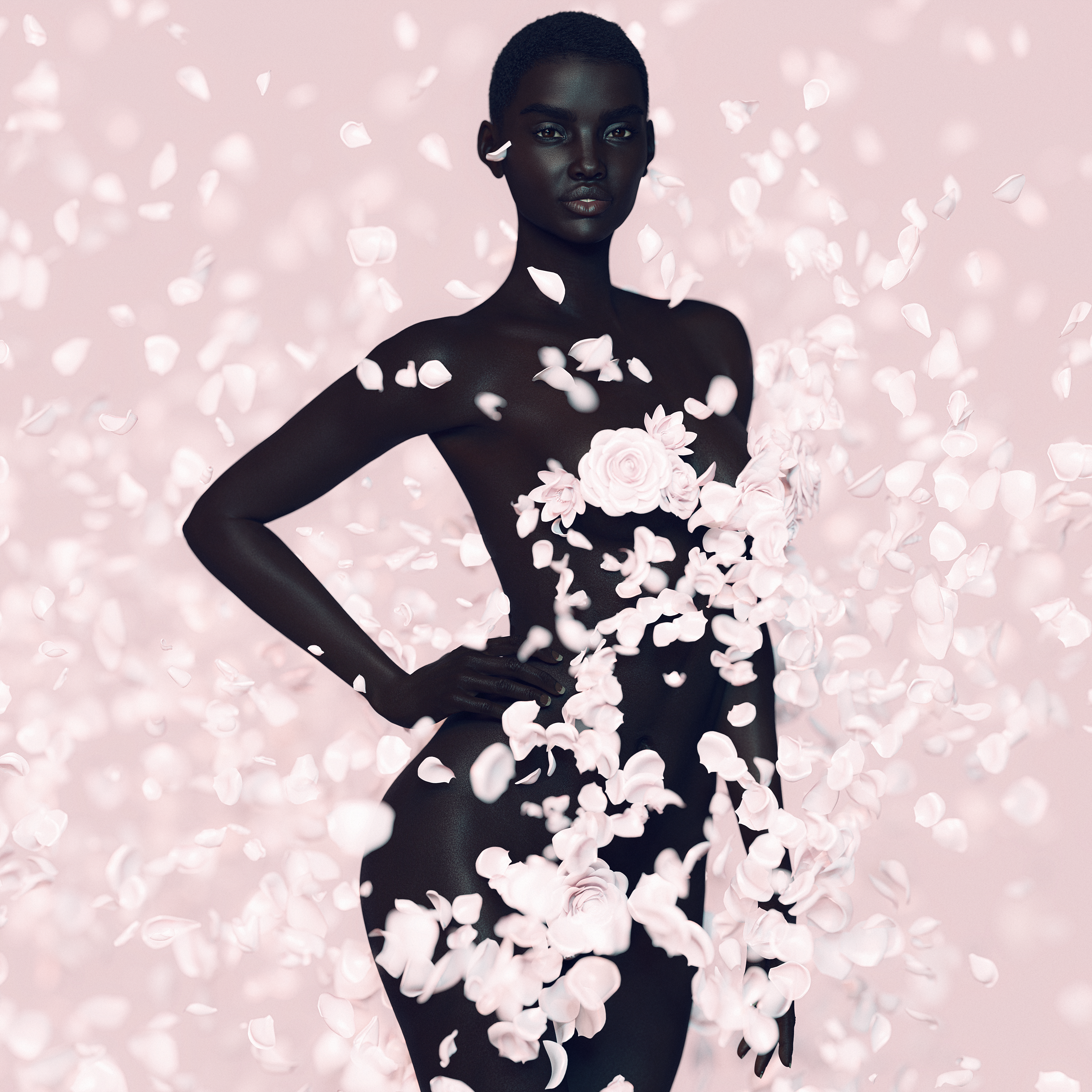 People become businesses
In a certain sense, virtual models and influencers aren’t far removed from their human counterparts. It’s no secret that the people who promote brands on social media often project a fictitious version of their daily lives, a version that’s brighter and happier than the real thing. Take Kim Kardashian, one of the first people to become famous simply for being famous. The reality series Keeping Up with the Kardashians has lasted a whopping twenty seasons, presenting a glimpse of the glamorous “private life” of the Kardashian–Jenner family. The head of the family is mother Kris Jenner, the brains behind the Kardashians’ success.

The Kardashian–Jenner family can be seen as a business, with Kris as its director. With her sharp brand management, she’s made her five daughters into departments—each with their own team of assistants, makeup artists, and stylists—each reaching out to a unique target audience. Kim (230 million followers) is the beautiful, fragile woman taking center stage in the entertainment world, but also a committed advocate for human rights; Kourtney (129 million followers) appeals to “mommy bloggers” as a young mother; Khloe (157 million followers) speaks to weight-conscious women and inspires them with her daily training sessions and fitness goals; Kendall (170 million followers) is the best-paid model in the world and, along with her sister Kylie, targets a younger audience; and Kylie (242 million followers) is the youngest self-made billionaire in the world, thanks to her cosmetics business. Plus, she’s one of the most popular people on Instagram and reportedly earns $1.2 million with a single post. With one message, she earns more money than a lot of people do in their whole lives.

Besides their many successes, the family has experienced plenty of controversy. Whether it’s the promotion of unrealistic beauty standards or the appropriation of other cultures and identities, outrage is never far off. In 2020 Khloe recommended a diet shake that turned out to have a laxative effect, and in 2018 Kim shared a photo in which she was licking an appetite-suppressing lollypop. In both cases, it transpired that the products advertised had not been approved by the US Food and Drug Administration (FDA). In 2017 Kendal played the lead role in a commercial for Pepsi, in which she brought Black Lives Matter demonstrations to a halt by sharing a can of Pepsi with a police officer. Both brand and model were criticized online for appropriating images of serious protest in order to sell a product. In a comment on the uproar, Pepsi stated its desire to “project a global message of unity, peace and understanding.” That went spectacularly wrong, clearly. These examples show how an organized group of people, such as a family, can behave like a business. And how a business can be contracted by another business, without any kind of self-reflection but with the aim of maximizing profit. Here, too, a complex ecosystem of mutual interactions between people and businesses—a superorganism—reveals itself as dominating our online lives. 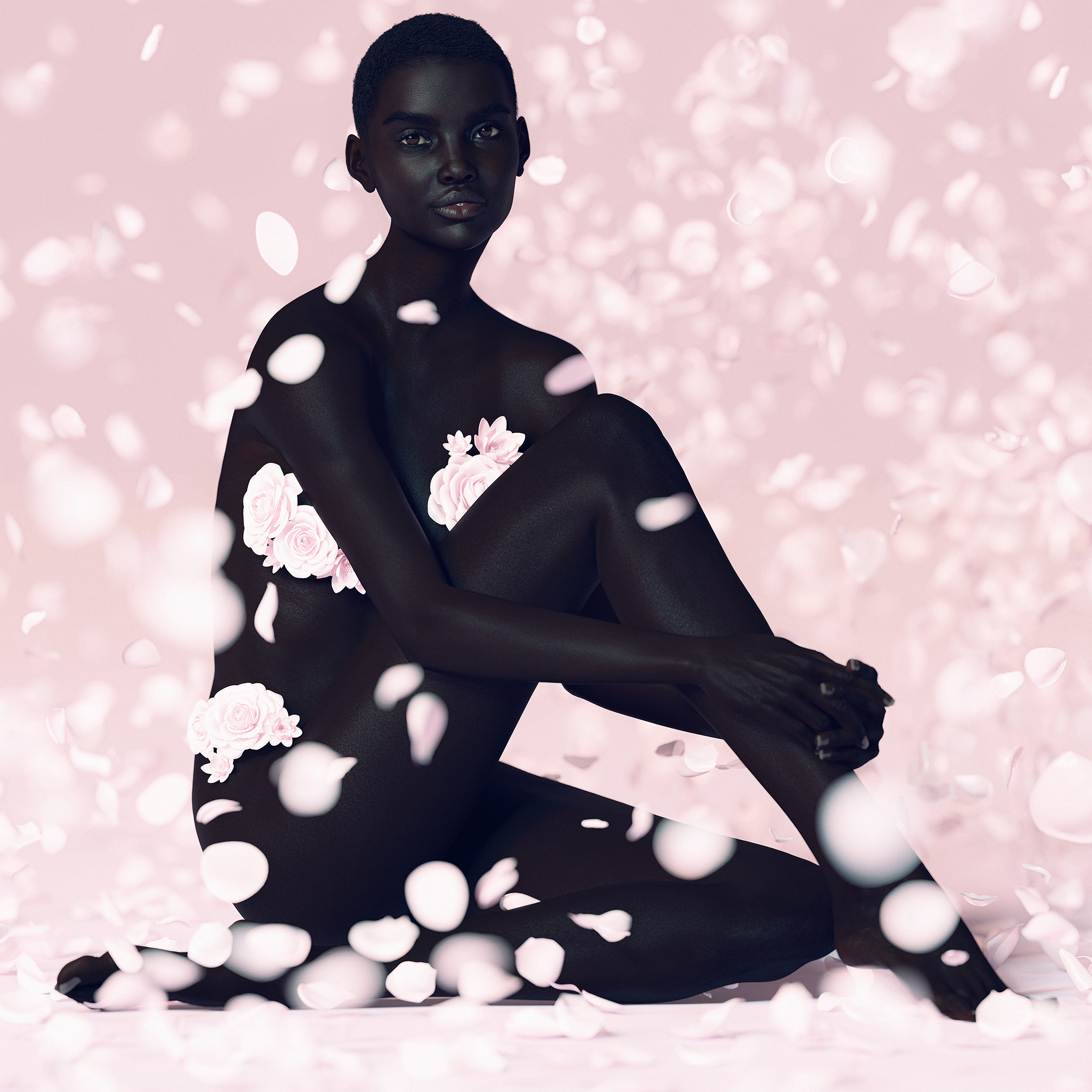 We are living in a superorganism
We’ve seen how influencers blur the lines between human and machine, physical and virtual, real and fake. At a fast pace, influencers (human or nonhuman) enter into a relationship with us, often in order to convince us of the merits of a particular idea, brand, or product. We’ve also seen that these opinions needn’t by definition be those of the models themselves, but can often instead be those of the businesses that contract them. Here it’s also important to observe that these businesses pay influencers to fill their online profiles with posts, photos, and videos based on data analysis of trends. With the help of big data–based software, they can forecast what’s happening with specific groups and respond accordingly. The models might be fake, their influence is real. This shows us how, on various levels, we’re being encapsulated by an intricate superstructure we can’t see with the naked eye. Only when we dare to look at the world from another perspective, we catch a glimpse of how a superorganism is nestling in our daily lives by disguising itself as an attractive model. We will have to come up with ways to relate to this situation; after all, we are all connected to it in some ways. Hello superorganism, and thanks for reading.

Only when we dare to look at the world from another perspective, we catch a glimpse of a superorganism

About this essay
This is the coverstory of 'Next Nature Magazine: Are we living in a superorganism?'. For this publication, NNN has partnered with virtual modeling agency The Diigitals. This series of images shows Shudu, the world's first virtual supermodel. Shudu is a digital character, made up entirely of pixels and equipped with a human personality. She was born in the virtual world and lives on Instagram, but she can be found more and more often in physical fashion magazines like Vogue and Cosmopolitan. Now also in Next Nature Magazine. Get your copy here.