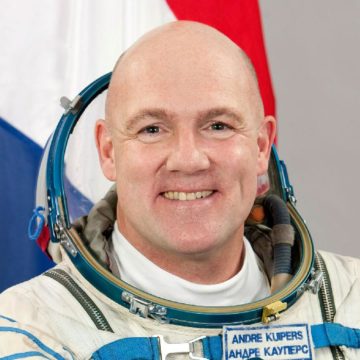 Technology allows us to go to places where we naturally don't belong, like outer space.

André Kuipers has flown two space missions and spent a total of 204 days in space. André's new mission is to inspire young and old alike with his unique experiences.

During his space flights, André could often times be found near one of the windows to enjoy the spectacular views of the earth. He saw a world without borders with deserts, forests, the most beautiful islands and immense oceans. A blue paradise in the vast, black universe.

In the same view he saw a very vulnerable planet surrounded by a very thin atmosphere without which life is impossible. He saw deforestation and air pollution in large cities around a web of lights at night as a reminder of a rapidly growing world population.

TEDx Lecture by André Kuipers: "One habitat for mankind may not be enough".