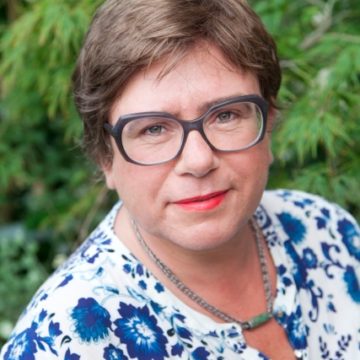 The best way to predict the future is to create it

Emilie Randoe was born in the sixties in Amsterdam. She has a university degree in Political Sciences and completed a Master degree in Executive Change Management at the prestigious SIOO Institute.

Randoe got connected to the internet in the early nineties. This was the start of an ever lasting fascination for technology, it's impact on society and the way people's visions of the future get framed by all kinds of hopes, expectations and fears. She quit her job as journalist and started working at Waagsociety in 1996. In 2001 she was asked by the Hogeschool van Amsterdam to begin the Academy for Interactive Media, which grew from 0 to 1200 students in only a couple of years.

Since 2009 Randoe works free lance as advisor in the area of change management, mainly in the public sector. Since 2013 she is chair of the supervisory board of Next Nature Network. She supports the Next Nature Movement in this very early stage of development with her experience and knowledge of good governance.