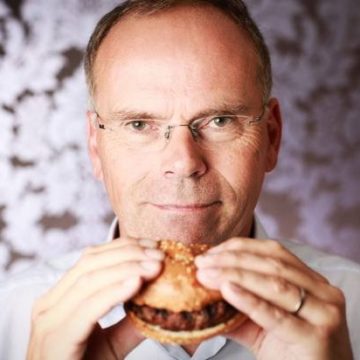 There is no future for traditional meat.

When Mark Post was a professor of tissue engineering at the Eindhoven University of Technology, he got involved in a Dutch government-funded programme investigating “in vitro meat” in 2008. The programme had been initiated by Wilem van Eelen, an 86-year-old entrepreneur who held a long-time fascination for the possibility of culturing meat.

When the director of the programme fell ill, about mid-way through the programme, Post took over supervision of the PhD students. Motivated by the potentially high societal impact, he continued research even after the funding had ended in 2010.

Renewed funding by a private partner enabled the realisation of a project to create a processed meat product using muscle cells from a cow.

He joined the KNAW Interuniversity Cardiology Institute of the Netherlands before being appointed full-time Assistant Professor in Medicine at Harvard Medical School, Boston, MA in 1996. Five years later, he moved with his lab to Dartmouth Medical School, Hanover, NH, and was appointed Associate Professor of Medicine and of Physiology.

Mark Post announces his lab grown hamburger at the Next Nature Powershow in 2012.