“God created the earth, but the Dutch created the Netherlands” Voltaire said in the 18th century. Waterlicht is a recent project by Dutch artist Daan Roosegaarde that reminds us about this quote and therefore how humans have had an impact on the landscape of the Netherlands.

As a virtual flood submerging Museum Square in Amsterdam, Waterlicht shows how high the water could reach in the Dutch capital without human intervention.

“Waterlicht shows how the Netherlands looks like without waterworks — a virtual flood. Innovation is seen throughout our landscape, pushed by the waterworks and our history, but yet we almost seem to have forgotten this” says Daan Roosegaarde.

The Rijksmuseum recent acquisition of the 17th century painting by Jan Asselijndepicting the 1651 Amsterdam flood was the impetus for the exhibition over Museum Square. Both pieces reflect on the water history of the Netherlands and the interaction between man, nature and technology. 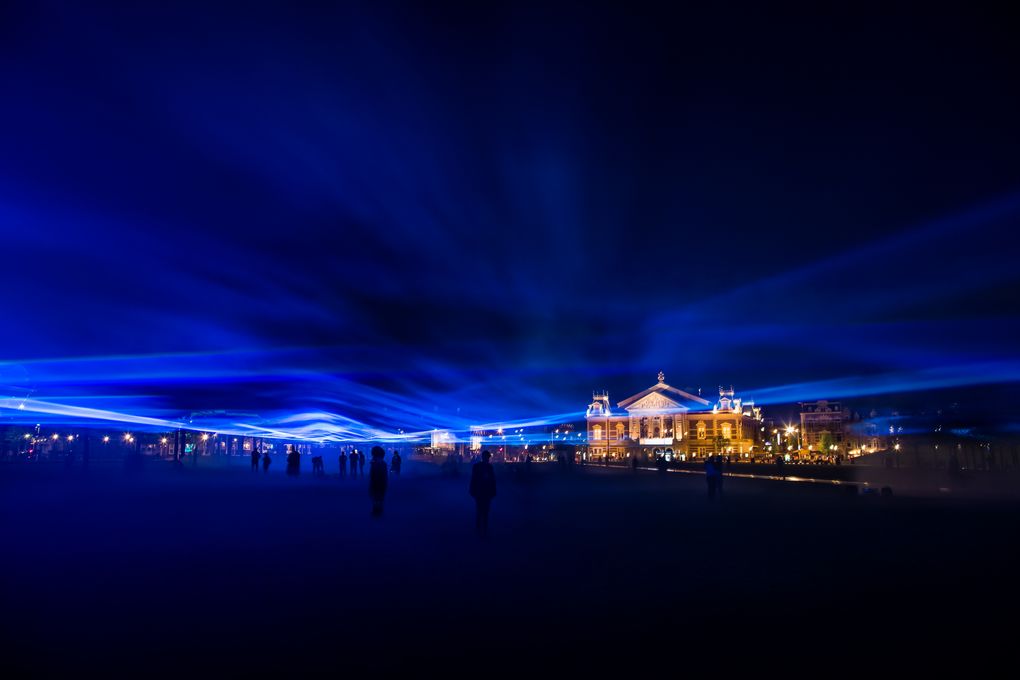 Story via TheVerge. Photos and video via Studio Roosegaarde.