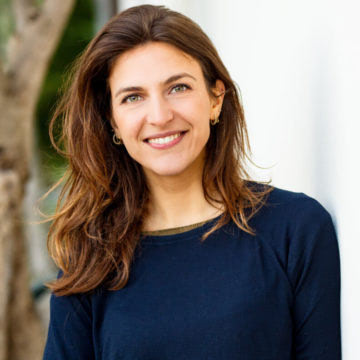 Human progress comes from the exchange of ideas - the unique feature of ideas having sex. Next Nature is the breeding place.

Anna Gimbrere is a Dutch science journalist and tv presenter. She studied theoretical physics at the University of Amsterdam, after which she shifted her focus to television and popular science. Currently, she is working on a documentary series De Wilde Ruimte (VPRO) about the future of space travel. Before, she worked as a researcher for the Nationale Wetenschapsquiz (VPRO), documentary series The Mind of the Universe (VPRO) and Kennis van Nu (NTR). Additionally, Anna presented and commented at Galileo (RTL), The Right Thing to Do (HUMAN) and talkshow Tijd voor Max (MAX). She is passionate about accessible science communication and aims to inspire young people to work in the field of science. Besides her work for tv, she creates awareness on climate change and sustainability issues. Recently, Dutch newspaper De Volkskrant has crowned Anna as Media Talent of 2019.