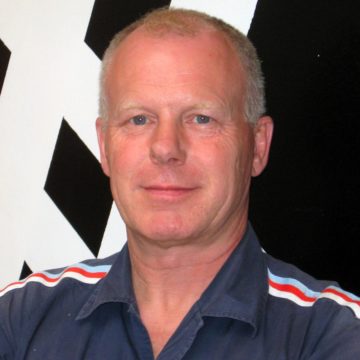 Evolution made us Homo Technologicus. So technology itself is part of evolution too. What we produce might very well be the next step in evolution.

In 1984 Rob van Hattum started to work as a science reporter for different news and current affairs radio and television programs. In 1994 he became a documentary science filmmaker and executive science editor for the VPRO, Dutch public broadcasting organization. He directed many international award-winning documentaries and is praised for his talent to combine form and content in visual impressive science programs.

In 2013 he received the Eureka Award from the Royal Dutch Academy For Arts and Sciences (KNAW) and The Dutch Organization for Scientific Research (NWO) for his lifetime achievement on the dissemination of science under a broad audience. He was also presenter of the Dutch National Science Quiz, a highly popular yearly television event.

Currently he is working on a large science series about the frontiers of knowledge: ‘The Mind of the Universe’.

Rob van Hattum is also Chief Science Officer of the Dutch national Science Center NEMO in Amsterdam. A highly interactive ‘Hands on Brains on’ environment where people can play and interact with scientific phenomena on topics like electricity, chemistry, mathematics, the teenage brain, forces, the search for life in space and the brain. Currently, NEMO is visited by more than 580.000 people, making it the 5th most visited museum of the Netherlands.